GAZA: At least nine Palestinians were killed and hundreds injured by Israeli security forces confronting one of the largest Palestinian demonstrations along the Israel-Gaza border in recent years, Gaza medical officials said.

Tens of thousands of Palestinians, pressing for a right of return for refugees to what is now Israel, gathered at five locations along the fenced 65-km (40-mile) frontier where tents were erected for a planned six-week protest, local officials said. The Israeli military estimate was 30,000. 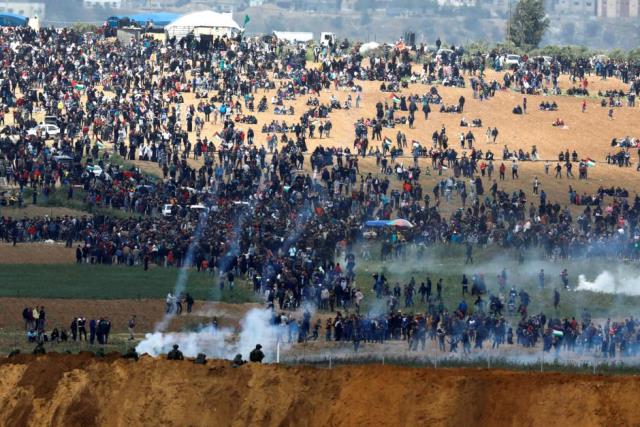 Families brought their children to the encampments just a few hundred meters (yards) from the Israeli security barrier with the Hamas Islamist-run enclave, and football fields were marked in the sand and scout bands played.

But as the day wore on, hundreds of Palestinian youths ignored calls from the organizers and the Israeli military to stay away from the frontier, where Israeli soldiers across the border kept watch from dirt mound embankments.

The military said its troops had used “riot dispersal means and firing towards main instigators.” Some of the demonstrators were “rolling burning tires and hurling stones” at the border fence and at soldiers.

Two Palestinians were killed by tank fire, the Gaza Health Ministry said. The Israeli military said the two were militants who had opened fire at troops across the border.

Palestinian health officials said Israeli forces used mostly gunfire against the protesters, in addition to tear gas and rubber bullets. Witnesses said the military had deployed a drone over at least one location to drop tear gas. 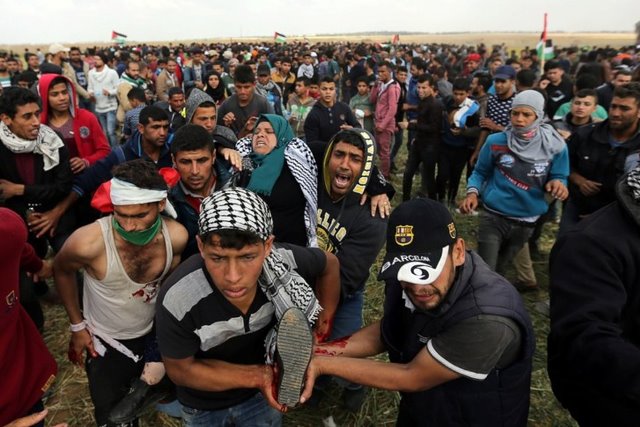 Live fire was used only against people trying to sabotage the border security fence and at least two of the dead were Hamas operatives, an Israeli military official said.

Gaza health officials said one of the 12 dead was aged 16 and at least 400 people were wounded by live gunfire, while others were struck by rubber bullets or treated for tear gas inhalation. 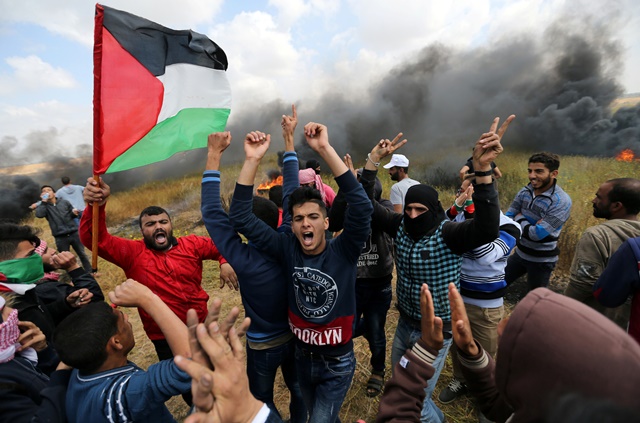 Palestinian President Mahmoud Abbas declared Saturday would be a national day of mourning.

The Palestinian protest was launched on “Land Day,” an annual commemoration of the deaths of six Arab citizens of Israel killed by Israeli security forces during demonstrations over government land confiscations in northern Israel in 1976.