CUPERTINO, UNITED STATES: Apple has unveiled two new iPhone 8 models, with a new glass-body design and other improvements on the iconic smartphone.

Apple chief executive Tim Cook told a media event that the new handsets, the iPhone 8 and larger iPhone 8 Plus, represent “a huge step forward” for the California tech giant, which is marking the 10th anniversary of the iPhone.

Earlier, Apple unveiled an updated version of its smartwatch , as it claimed the device had become the top-selling watch in the world ahead of rivals such as Rolex and Fossil.

The Apple Watch Series 3 has its own mobile connectivity which allows the user to remain connected without a smartphone for phone calls, music and other functions. 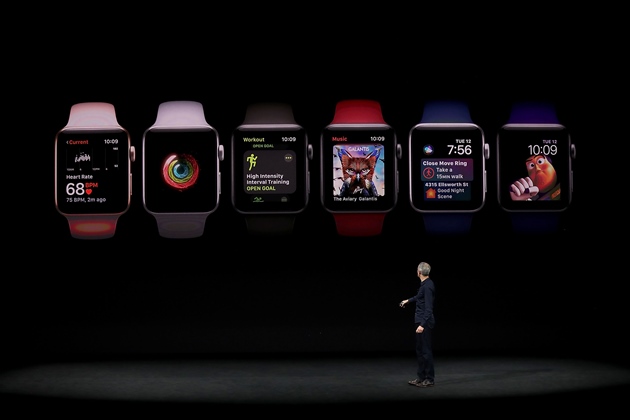 “The Apple Watch is now the number one watch in the world,” Tim Cook told the media event, the first at the company’s “spaceship” campus in Cupertino.

While Apple has not provided detailed sales figures for the watch, Cook said sales were up 50 percent in the past quarter from a year earlier.