Search
HomeNewsNational
By Web Desk on May 11, 2018 National News

Chief of Army Staff (COAS) General Qamar Javed Bajwa has said that despite Pakistan’s desire for maintaining peace with its neighbours, “any hostile action anywhere along our frontiers shall be effectively and befittingly responded.”

Addressing the 76th Annual Formation Commanders’ conference, held at the GHQ in Rawalpindi on Friday, the army chief appreciated high state of operational readiness and morale of the troops, said a statement issued by the Inter-Services Public Relations (ISPR).

Gen Qamar, while presiding over the conference which was attended by all General Officers of Pakistan Army, attributed successes achieved so far in ongoing military operations to sacrifices by the people, security forces, intelligence and law enforcement agencies.

The participants were also briefed on evolving geo-strategic environment, threats to national security and the challenges. 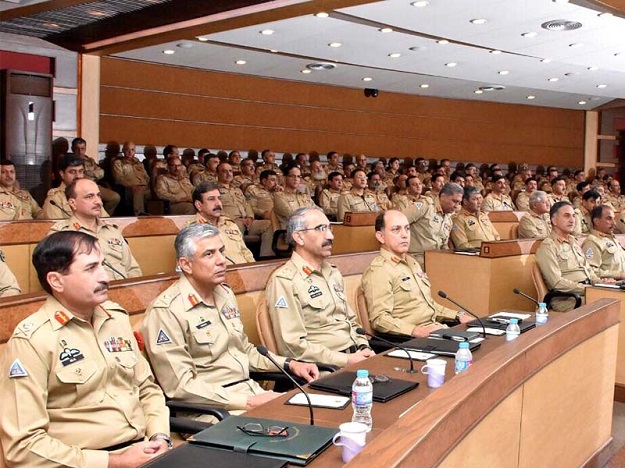 Forum discussed response in place and progress of ongoing operations. Progress of Operation Radd-ul-Fasaad including gradual transition of control of cleared areas from military to civil administration was also deliberated.

“Pakistan Army shall continue to serve the nation in support of and in coordination with other state institutions,” the forum pledged.