ISLAMABAD: A C-130 aircraft of the Pakistan Air Force (PAF) landed at the Royal Air Force Base in Fairford, United Kingdom ahead of the Royal International Air Tattoo Show 2018 on Thursday.

The artistically painted number six squadron Hercules is vying for the coveted Concours D’Elegance trophy at the prestigious air show scheduled to exhibit from July 13 to July 15. The PAF contingent comprising air and ground crew in the ceremony themed “International Centenary Celebrations of the Royal Air Force”. 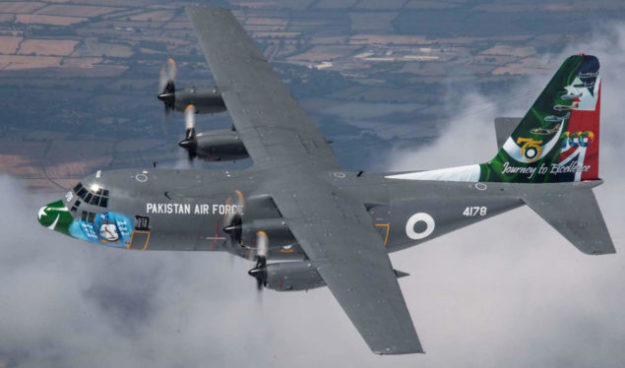 In 2016, the PAF C-130 won the prestigious trophy after it was adjudged the best aircraft for highlighting Pakistan’s role and its sacrifices in the war against terror. 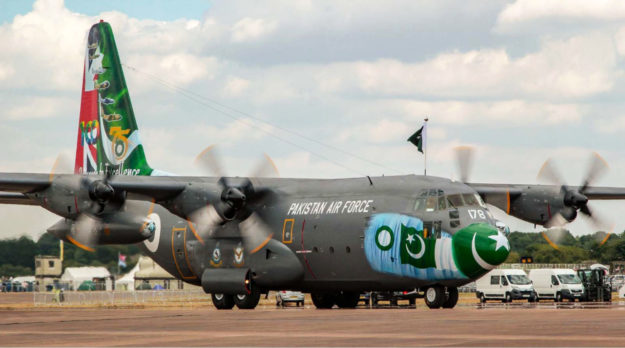