The government has decided to inaugurate the newly-built Islamabad International Airport (IIAP) on April 20, said the Civil Aviation Authority (CAA).

The authority has urged all stakeholders to make necessary arrangements to ensure smooth transfer of all activities from the Benazir Bhutto International Airport (BBIAP) to the new airport before April 20.

New Islamabad Airport may not open until next year, officials suggest

The airport had initially been slated to be built by August 14 last year, however, slew of irregularities and slow construction had led to delays on multiple occasions. 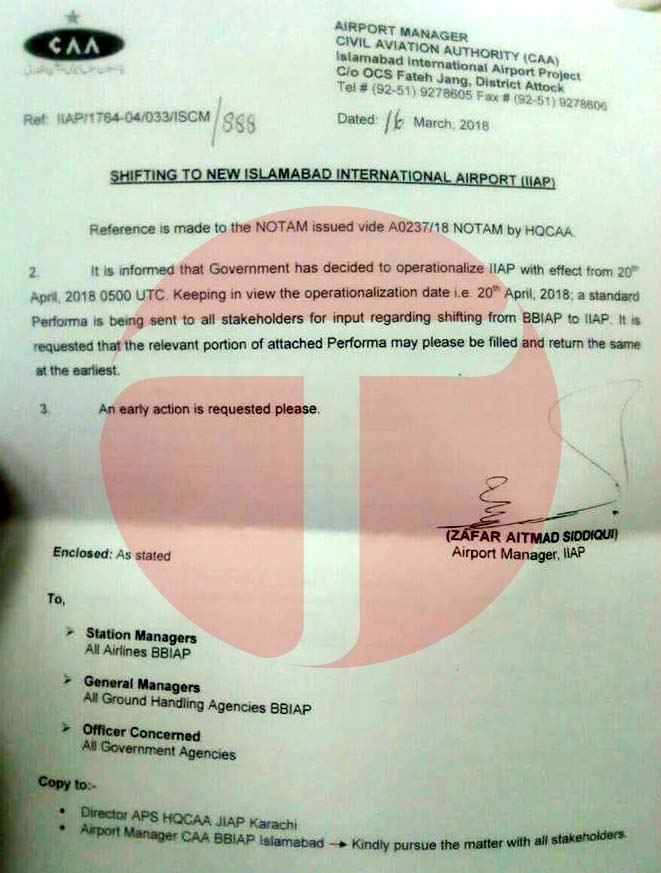