Chocolate is without a doubt the world’s favorite confection—so much so that demand for the sweet stuff hit at an all-time high of about 7.1 million tons in 2015. But, like coffee farmers, cocoa growers are struggling to keep up. The rising need for cocoa, combined with a recent slump in production, has triggered a worldwide warning that we could run out of chocolate.

The leap in demand comes from an overall hike in consumption but also from consumers in countries like China and India, who are now buying bars that were formerly considered an unaffordable luxury.  production in Ghana—the second-largest cocoa-growing country in the world—has continuously dropped since last year. For reference, Ghana’s crop yields are only one-third as big as they could be if all farmers were following good agricultural practices.) As a result, cocoa prices have risen nearly 40 percent since 2012.

In an effort to save their industry, giant chocolate companies like Hershey’s, Mars (the creators of M&Ms and Snickers) and Mondelez (the makers of Oreos and Cadbury milk bars) are forking over wads of cash—a total of about $1 billion—to try and reverse the downfall of cocoa farming. 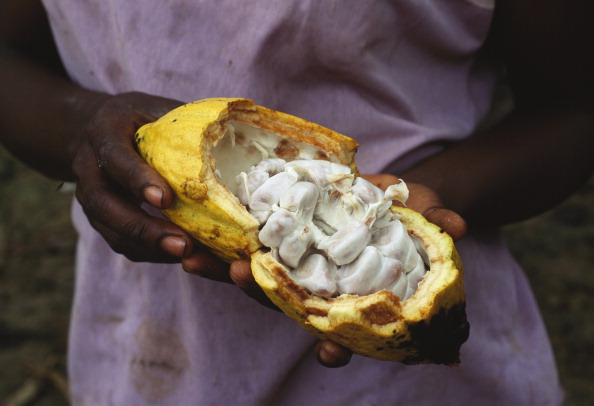 “They need to change the way they farm,” Yaa Amekudzi, a representative from Mondelez’s cocoa sustainability operations in Ghana, told WSJ. “We don’t have the forest cover we had, we don’t have the rain our grandfathers had, and the soil isn’t as fertile … Young people often leave to seek a better life in the city.”

To battle these obstacles, Amekudzi travels among hundreds of villages to meet with community leaders and completely retrain farmers, advising them on tactics like spacing seeds, applying fertilizer, and pruning trees. But there are other issues slightly less under her control, such as old trees, poor weather, and disease like the fungus-ridden Cavendish banana that’s going extinct. What’s more, cocoa trees need two to four years to yield pods, which slows output even more.

Coupled with long-term global demand, this could eventually cause trouble  for candy makers, though it would be an extreme scenario for chocolate to totally disappear. Still, it might be best to keep a small supply on hand because prices will more than likely leap again.