Addressing the inauguration ceremony at IDEAS 2016, the Prime Minister said he is pleased to be attending the exhibition and welcomed the foreign delegations attending the expo.

The Prime Minister said the country’s defence products are of advanced quality and lauded the efforts of the Defence Export Promotion Organization (DEPO) in strengthening public-private partnership in defence production.

He said the country today presents vast opportunities for foreign investment, joint agreements and trade. The government is determined to further strengthen the economy, he added.

The Prime Minister noted that Pakistan’s ranking has improved along various metrics of international financial institutions. He said that the government’s policies have been effective in combating energy crisis in recent years.

“There has been no electricity loadshedding in the industrial sector for 12 months,” he said.

The Prime Minister added that the government is paying special attention towards the social sector and is investing in development of the defence industry.

“Pakistan offers vast opportunities for profitable investment,” he said, adding that the country’s environment is favourable for investment and the government wants to encourage the private sector.

He further said that Pakistan is against arms race in the region. 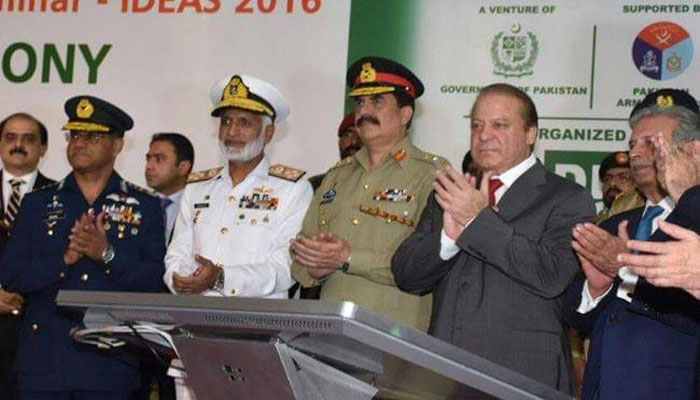 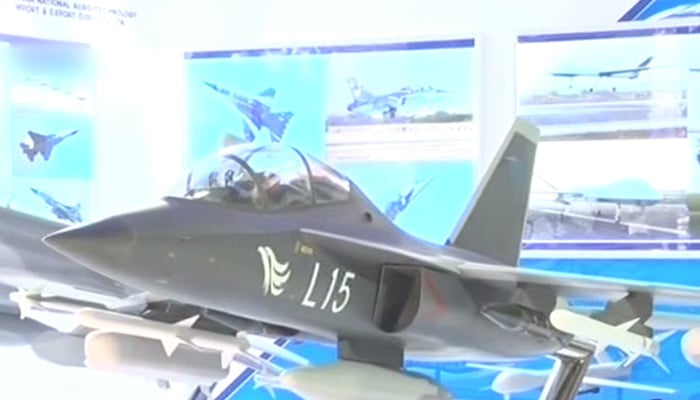 The route leading to the Expo Centre from Jinnah International Airport Karachi has been decorated with national flags and buntings and welcome banners have also been placed along the route for the participants of the exhibition.

Elaborate security and traffic arrangements have also been made for the occasion.

The four-day (Nov 22-25) biennial event is drawing 90 delegations representing 43 countries of the world.

These delegations are being led by their respective countries’ defence ministers, defence secretaries, chief defence staff and other senior officials.

A total of 418 companies from 34 countries including 157 Pakistani firms are showcasing their products in this mega defence event.

This year nine new countries are participating in the exhibition because of the successful marketing by the Defence Export Promotion Organisation (DEPO).

DEPO Director Media Commodore Tahir Javed told a news conference that overwhelming response from the companies from across the world has boosted our confidence and proves the success of this mega event.

He said that the holding of IDEAS 2016 is a moment of pride for the nation and demonstrates that Pakistan is not behind anyone in manufacturing quality defence products.

The Commodore further pointed out the level of positive response can be gauged from the fact that a large portion of Expo Centre has been booked by the defence production companies invited from different countries including Turkey, China and Russia.

The DEPO Media Coordinator informed that indigenously built defence products which include tanks, fighter jets, missile boats, Armoured Personnel Carriers (APCs) and Unmanned Aerial Vehicles (UAVs) and other military equipment will be showcased at the IDEAS 2016. He pointed out that several high level meetings will also take place between the foreign delegations to promote cooperation in defence production.

Another important feature of the IDEAS 2016 is the International Defence Seminar which will be held on Tuesday evening at a hotel here.

The occasion will be graced by President of Pakistan Mamnoon Hussain. 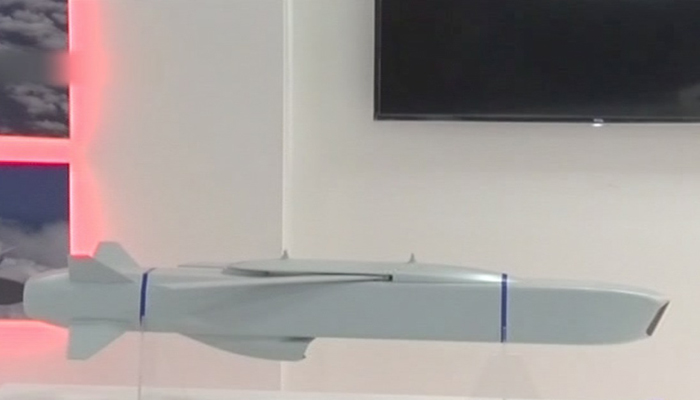 All traffic from Karachi airport would be shifted to Tipu Sultan through Baloch Colony. However, University Road would be open for traffic.

The plan also includes diverting the traffic from Liaquatabad No.10 to Shahrah-e-Pakistan.

Shah Salman Road from Hasan Square to National Stadium would be close for routine traffic. The citizens would not be able to use the Karsaz flyover to reach Stadium Road. 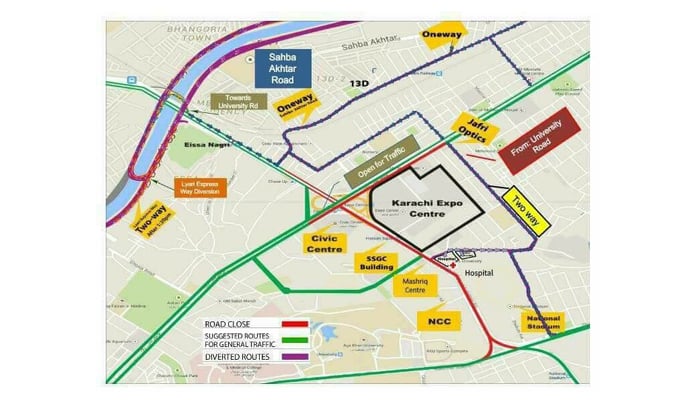