Remember the kid who inaugurated Shaukat Khanum Memorial Cancer Hospital and Research Centre in Peshawar back in 2015? He was right there with Imran Khan when the hospital was officially inaugurated.

According to a local newspaper “Mashriq”, 7 year old Fakhir Afridi, a cancer patient, has finally won the battle against the lethal disease after two and a half years. He was suffering from blood cancer and is now healthy and even going to school. 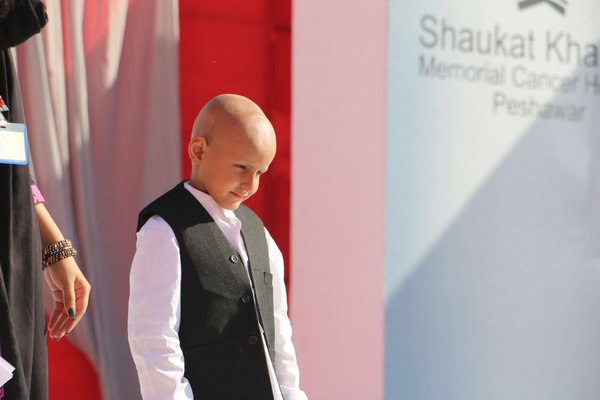 Fakhir comes from Kohat district of KPK. His father, Qasim Afridi, works at a pharmaceutical company in Karachi.

The child was diagnosed with blood cancer at the tender age of 4 and a half years and was shifted to Shaukat Khanum Cancer Hospital for treatment. It is no easy task undergoing treatment for cancer. People often lose hope after a few years and completely give up on any chance of recovery.

His parents were overjoyed at his recovery. They were thankful to Shaukat Khanum Cancer Hospital and to Imran Khan for providing free treatment.

Qasim Afridi said that he would devote his life to cancer patients and would become a permanent member of a fund raising campaign of the hospital.

Another One to be Built in Karachi

It will be located in DHA City and will cost Rs. 4.5 billion from groundbreaking to the finishing touches.